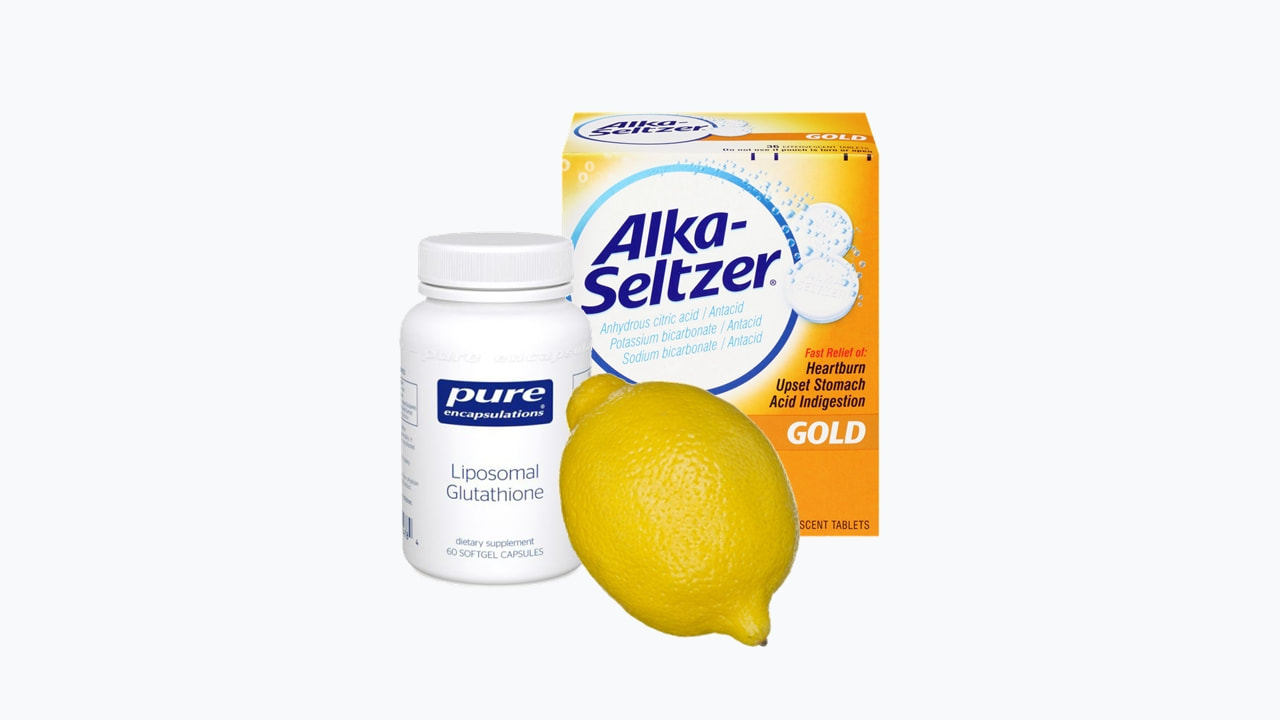 ​Dr. Richard Horowitz, M.D., the co-founder of ILADS, and the author of the all-important books for those who can't get over chronic Lyme disease, "Why Can't I Get Better: Solving The Mystery of Lyme and Chronic Disease", and most recently, "How Can I Get Better? An Action Plan for Treating Resistant Lyme & Chronic Disease", gave a recipe, to greatly reduce an acute herxheimer reaction within hours, at a 2010 ILADS conference. This powerful bit of information was reported to the Lyme community by Scott Forsgren of betterhealthguy.com.

What's the Recipe and How Do I Take It?

Dr. Horowitz's herxheimer-reducing recipe consists of 1500mg of liposomal glutathione, the juice of 1 lemon, 2 Alka-Seltzer Gold tablets, and 8 ounces of water.
Important: If you need to be on a low potassium diet, consult with your treating physician before taking Alka-Seltzer Gold. Also, if you're sensitive to sulfur based products, you should avoid the liposomal glutathione.
Important: ​You should also avoid the liposomal glutathione if you're dealing with mercury toxicity, as it can redistribute mercury and cause nasty redistribution symptoms. It is possible to still feel an improvement in your herxheimer reaction by taking just the lemon water with the Alka-Seltzer Gold or just the liposomal glutathione. Some improvement is better than none.
This recipe works to reduce a herxheimer reaction in a number of ways, but in short, the liposomal glutathione purges toxins and the Alka-Seltzer Gold and lemon juice help to alkalize the body.
Glutathione is the body's master detoxing agent and the highest concentration of it in the body can be found in the liver. The liver removes toxins from the body in a process known as phase 1 and phase 2 liver detoxification. During this process, fat based toxins are converted into less harmful water based toxins that allow for much more efficient removal via urine. Glutathione is needed for both of these detoxification phases to occur efficiently.
Alka-Seltzer Gold (i.e., sodium bicarbonate) greatly enhances lemon's natural ability to alkalize the body. The body impressively maintains a neutral pH of around 7.4, and if it becomes too acidic, alkaline reserves (i.e., sodium bicarbonate) produced by the pancreas will neutralize acid by-products, restoring proper pH balance.
Feeling better from a herxheimer reaction after using this protocol usually happens in about 2 hours. For some people, they may notice an improvement in how they feel before 2 hours, but as the clock hits the 2 hour mark, most people begin to feel exponentially better, and as the next few hours pass, the trend will continue.
Even people who take just the Alka-Seltzer Gold with the lemon water, or just the liposomal glutathione, can experience this improvement trend as the hours pass.