Understanding the Controversy that is Chronic Lyme Disease 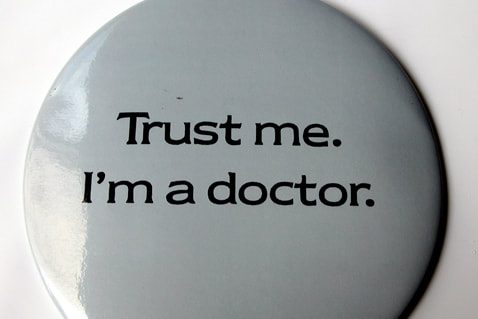 Well you've made it this far, and because you have, you'd probably like to understand in more detail what it's like to have Chronic Lyme Disease; even more so the controversy that surrounds it.  The subject itself is very complex with answers giving rise to even more questions.
But as with everything life, the intended goal is to obtain the truth, and the best way to do that is to never stop learning and asking questions. Be open minded and consider new evidence when it presents with the possibility of it being the lens that which allows the truth to be seen. And just by reading this article, such is being accomplished.
So you might ask why more antibiotics aren't given for an additional amount of time. Well it's because the prevailing medical standard doesn't accept that Lyme Disease can survive 3 weeks of antibiotics, and because they don't, insurance companies aren't willing to pay for drugs for a disease that doesn't exist.
The outdated medical standards say that chronic Lyme Disease doesn't exist and that people still experiencing symptoms after 3 weeks of antibiotics are suffering from what is known as Post-Treatment Lyme Disease Syndrome. People who still experience symptoms after 3 weeks of antibiotics aren't suffering from Post-Treatment Lyme Disease Syndrome. They're suffering from chronic Lyme Disease and more than likely coinfections that are just as deadly. That's the controversy in the flesh.
Despite this being the core controversy of Lyme Disease, many other misunderstandings surround it and flourish based on this outdated prevailing medical standard. Here are some of the most common that a person with Lyme Disease most likely, no, will experience throughout their ordeal.

Inaccurate testing is a shared fault of both laboratories and the genius of the bacteria responsible for Lyme Disease, borrelia burgdorferi. Most laboratories that test for Lyme Disease are only testing for a specific genus of the disease. But this isn't the only reason why laboratory tests are inaccurate. For some labs, it's actually how they're testing for the bacteria that is in and of itself not 100% accurate. This is just as much a problem and disturbing as the confidence medical practitioners have in these outdated and inaccurate tests.
Now put these laboratories' flaws and anomalies with the genius of the Lyme bacteria itself. Borrelia is capable of hiding from the immune system in the form of cysts, biofilms, inside of the host's cells, and even within tissue. And even in the first couples weeks of a trick bite, the bacteria itself is protected from the immune system by the saliva of its former tick host. If the immune system can't touch the bacteria, then antibodies can't be made, and tests that rely directly upon the immune system's interaction with the bacteria will show negative when a person may in fact be positive. It isn't uncommon for a person to test negative many times before actually receiving a positive result.
And not only will the symptoms leave you puzzled, treating them is such an effort in itself. A person with Lyme Disease has a tendency to experience brain fog, severe pain, and debilitating fatigue to name just a tiny percentage of potential symptoms. Because of how evolved the Lyme bacteria is, symptom management is really futile most of the time - it can really hijack or disrupt nearly any part of the human body. Rarely do any prescriptions take the edge off of pain, nor is there a quick fix for the frustrating cognitive dysfunction a person consistently endures. If you think addressing the symptoms is a challenge, just imagine the immense effort and commitment needed to tackle the bacteria itself.

As you may have heard, Lyme Disease is called the great imitator and for good reason. It has the ability to mimic some of the most commonly known diseases to the medical industry to date. The reason the bacteria's mimicry is such an anomaly is because when you're attempting to correctly diagnose a person with given symptoms, the one disease they need the diagnosis of is not even on the table for consideration because of the outdated medical standard. In turn, physicians more times than not give people who really have Lyme Disease misdiagnoses simply because the symptoms they displayed were ambiguous. Also, an outdated medical standard does not teach a doctor to consider Lyme Disease for symptoms that can be as much Lyme Disease as the diseases it imitates.
Lyme Disease can imitate such diseases as multiple sclerosis, alzheimer's, fibromyalgia, chronic fatigue syndrome, als, dementia, gout, epstein barr virus, schizophrenia, hypothyroidism, heavy metal poisoning, diabetes, HIV, and a nutrient deficiency to name a few. It isn't in any way uncommon for a person to be diagnosed with one of the above mentioned disorders, only to later find out that their symptoms were actually instead caused by Lyme and/or coinfection(s). The most interesting of it all is that many of these diseases such as alzheimers and multiple sclerosis aren't actually diseases. They're symptoms that doctors have yet to attribute a cause to. Many new studies have found the bacteria responsible for Lyme Disease within the people diagnosed with these no cause found diseases. Food for thought.

Medical schools aren't teaching doctors about a disease that doesn't exist so the amount of physicians that are truly knowledgeable on chronic Lyme Disease is low. And not only is the amount of doctors available for a disease that infects more people than cancer irresponsibly lower, but the doctors that do treat chronic Lyme Disease must do so incognito. The reason? Chronic Lyme Disease requires long-term antibiotic treatment as we established earlier and insurance companies aren't going to pay for a disease that doesn't exist, or at least the medical community isn't willing to acknowledge its existence. Therefore doctors who treat those with chronic Lyme Disease have lost, and continue to lose their licenses for using antibiotics long-term and costing insurance companies money for treating a disease that doesn't exist.
Long-term antibiotic therapy has been found to be effective for treating chronic Lyme Disease, but usually in combination with some form of alternative treatment.
Lyme can also hide from antibiotics and the immune system as we learned earlier. Lyme is really the king of hide and seek. Treatment can also take a while because more times than not, a person wasn't just infected with the bacteria responsible for Lyme, but at least one other coinfection such as Babesia, Bartonella, Mycoplasma, and/or Erlichia just to name a few. Each one bringing to the table their own anomalies in terms of similar symptoms, diagnosis, testing, and treatment.

Let's play devil's advocate and agree with the medical community's current standard on Lyme Disease. Even in the unlikely reality that Chronic Lyme Disease doesn't exist, you acknowledge the common complaint of those who have good reason to believe it does. For something is causing a disturbance; something of great magnitude. A magnitude that which lives become destroyed. Denying the existence of the suspected cause doesn't absolve the duty of investigation.
There exists an ignored truth in the lives of an inexcusably large amount of the population that which endure it. The shame isn't in the inability to find cause, nor is it in the inability to understand, it's in the lack of attempt to find and understand.
There exists an unnecessary and an inexcusably large amount of suffering by those with chronic Lyme Disease because of this ignorance. To suggest that no person within the medical community who currently abides by such outdated standards has not questioned such a reverberation within the public is shameful. That the people responsible for keeping track of all diseases has not yet been convinced that chronic Lyme Disease exists even in the face of such convincing evidence. We live in an age where we posses the great ability to peer light years into space and discover new worlds and wonders, but we can't accept what we can already observe right here in our own bodies? It has been said before, but in the age of information, ignorance is a choice.
And on one final note, expecting 3 weeks of antibiotics to heal a person of chronic Lyme Disease is like using a fly swatter to kill a grizzly bear.