A Gene Mutation that Can Result in Excess Sulfur, Taurine, & Ammonia 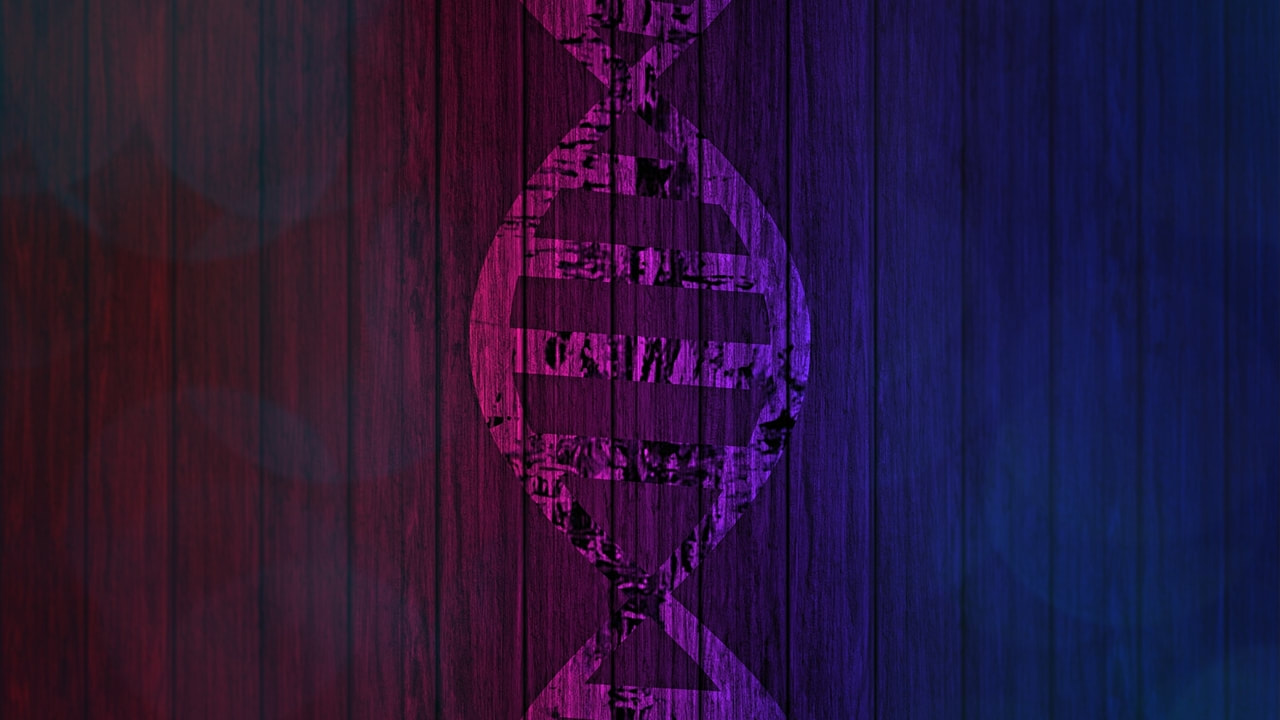 ​To understand what the CBS gene mutation is and how it could potentially be keeping you from getting better from chronic Lyme, let’s first go over the basics of genes. Don’t worry, we’re not going to scare you off with long winded words or incomprehensible genetic theories. The absolute goal of this article is for any person to understand what a CBS gene mutation is, determine if they have it, and if so, how it could be affecting them, and how to treat it.
​To start, we all know what chromosomes look like -- they’re those “X” shaped figures we see when discussing genetics. As bonus information, but not necessary to understand the CBS gene mutation, all human beings have 23 pairs of them -- one pair from your mom and one from your dad.
​Now, imagine a thread hanging from the bottom of one of these chromosomes just like a t-shirt. If you pulled that thread, you’d be unwinding the chromosome, and be left with an entire DNA molecule. As a refresher, a DNA molecule is that infamous spiral-shaped double helix molecule we’ve all seen, and is the blueprint for constructing you.
​If you have a CBS gene mutation, it’s defined as either heterozygous or homozygous. If it’s heterozygous, this just means that just one copy of the CBS gene from either your mom or dad is mutated. If it’s homozygous, this just means that both copies from your mom and dad are mutated.
​Note: A gene mutation doesn’t mean the gene doesn’t work at all, but rather that it’s working inefficiently. A heterozygous gene mutation means the gene is working at roughly 70% efficiency and a homozygous gene mutation means the gene is working at roughly 30% efficiency.
​A mutation with the CBS gene means that it’s working too fast. This results in 2 main problems: an excess amount of sulfur in the body, and an excess amount of an amino acid in the body known as taurine, which, if it’s high enough, can result in excess ammonia.
​While we don’t know everything about genes, or even as much as we’d like to because it’s such a new territory for human research, research is showing that many things, such as disease, can affect how our genes are expressed (i.e., work or function), and in the case of chronic Lyme, instructing the methylation cycle.
​When people refer to their metabolism, what they’re really referring to is their methylation cycle. And the methylation cycle is just the chemical reactions that constantly occur inside of a person to maintain life and keep us healthy. These chemical reactions are responsible for processing chemicals and toxins (i.e., detoxing), processing hormones, building immune cells, energy production, neurotransmitter production, and more.

​In people with chronic Lyme, there is a greater demand placed on these chemical reactions that occur within the methylation cycle, and since the methylation cycle is told what to do by genes -- with one of these genes being the CBS gene --- any mutations in these genes become more obvious. This mean a person with chronic Lyme can feel worse due to symptoms related to gene mutations and ultimately find it difficult to get better from chronic Lyme.
Elevated BUN levels in the kidneys may also occur, which may be the result of excess ammonia feeding into the urea cycle.

​Testing for and Treating the CBS Gene Mutation

​Testing for the CBS gene mutation is fairly easy and can be done through a genetic testing service such as 23andMe. Once you receive your 23andMe results, head over to geneticgenie.org, upload your 23andMe results, and you’ll get a profile breakdown of not just your CBS gene, but other genes as well.
​Treating the CBS gene mutation isn’t too difficult and takes roughly 6 to 8 weeks to do. You can learn the specifics of treating the CBS gene mutation on page 129 of Dr. Amy Yasko, M.D.’s free e-book “Autism: Pathways to Recovery”. To give you a general idea, treating a CBS gene mutation consists of:
​
​To simplify this, start by avoiding high sulfur foods, high sulfur supplements, and reducing protein intake to decrease ammonia production in the body. Once your diet is set, get a UAA (urine amino acid) profile to determine taurine and ammonia levels in your body, a 24 hour urine collection sample to determine sulfate levels in the body, and a basic blood test to determine molybdenum, manganese, and copper levels.
​Once your testing is complete, to bring down excess ammonia levels, consider the herb yucca root with charcoal/magnesium flushes. The amino acid L-ornithine in high dosages has also been shown to be very helpful in bringing down excess ammonia levels. Make sure your manganese levels are adequate, as it’s important for ammonia detoxification.
​To bring down excess sulfur in the body, you’ll need the trace mineral molybdenum. Molybdenum will convert toxic sulfites into their less toxic form sulfate, which can then be safely removed from the body via urination. A dosage goal for molybdenum is 300 mcg per day (according to Dr. Dietrich Klinghardt, M.D.), with some people needing as much as 500 mcg to 1000 mcg (according to Dr. Andy Cutler, Ph.D.). Be sure to monitor serum copper levels while supplementing with molybdenum at least once per month, as molybdenum can deplete copper from the body.

​The information regarding the CBS gene mutation and how to treat it is brought to us by the research of Dr. Amy Yasko, M.D. While many people benefit from the research done on the CBS gene mutation by Dr. Yasko, there is an opposition voice suggesting that her work on the subject matter is not sound, has holes, and is baseless.
​In a nutshell, the dissent suggests that excess sulfur and ammonia in the body have nothing to do with CBS gene mutations, but rather other factors. Nonetheless, people are still dealing with excess sulfur in the body, which can result in a sulfur sensitivity.
​The alternative explanation for this reaction to excess sulfur in the body is the heavy metal mercury. This alternative comes to us from Dr. Andy Cutler, Ph.D., who tells an interesting story, but at the moment, has no independent studies to support his claims.
​Dr. Cutler suggests that the reaction people are having to high sulfur foods and sulfur based supplements is due to their high thiol content. Consuming these high sulfur foods and supplements increases thiol levels in the body, which in turn mobilizes mercury, which causes the reaction or “redistribution symptoms”.
​Our take on this controversy is that people have been helped by both of Dr. Yasko’s and Dr. Cutler’s work. People who’ve treated for the CBS gene mutation but didn’t get any better, found help in Dr. Cutler’s work instead, and vice versa. It’s also possible that Dr. Yasko and Dr. Cutler are both correct in their respective works, and that excess sulfur produced by a CBS gene mutation may not only cause a sulfur sensitivity and reaction, but also mobilize mercury and add mercury “redistribution symptoms” on top of it.
​As one commentator put it on drjockers.com:
​
And another commentator on the Phoenix Rising forum:
​
​What we do know is that Dr. Cutler has the best, definitive low sulfur diet list available, and seems to work best for people with a CBS gene mutation as well.
​Dr. Klinghardt instead proposes that some of enzymes of the methylation cycle responsible for metabolizing sulfur, such as CBS and others, are heme and B6 dependent to work correctly, which are depleted in KPU/HPU. When people who are sulfur intolerant are treated for KPU/HPU, not only does their sulfur intolerance tend to resolve, but ammonia levels tend to normalize, which are generally high in patients with KPU/HPU.
​Instead of taking supplements to change how the CBS gene mutation is expressed, Dr. Klinghardt asks why not just remove the heavy metals from the enzymes of the methylation cycle (via KPU/HPU treatment) that are potentially causing the gene mutations to be expressed? He cleverly analogizes this problem to getting a nail in the tire of your bike. Sure, you can pick up your bike, put it in your car, and still get to where you need to go, but you want to ride the bike, so the nail needs to be removed.

​If you have chronic Lyme, and you suspect symptoms you’re dealing with may be due to a CBS gene mutation, talk with your treating physician and get tested. As with much of the information out there regarding the treatment of chronic Lyme, the information surrounding genetics, let alone the CBS gene mutation, can be confusing, contradicting, and disreputable.
​It’s important to do your own research and learn as much as you can about treating chronic Lyme, but only take what makes reasonable sense for your situation, otherwise you’ll feel like you need to treat everything. The best way to determine how to best move forward you and your own unique health condition is to use a combination of lab results, how you feel, and the professional judgement of your treatment physician.