Tired of Lyme Interview's Jenny, Who is Now in Remission from Chronic Lyme

Jenny, the Owner of "Lyme Thriving", Discusses the Methods She Used to Get into Remission from Chronic Lyme and How Changing Her Perspective of Her Condition Helped Develop Part of the Foundation that Would Serve as Her Road to Recovery 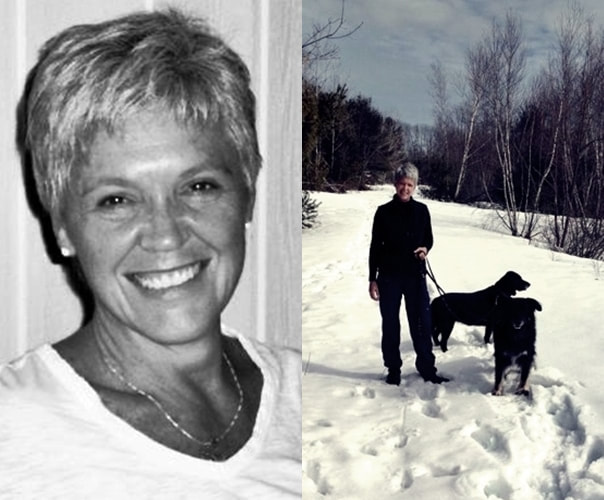 May 19, 2013
Chris:  Jenny,  I appreciate you taking the time to perform this interview with me!
Jenny:  Thanks so much or doing this and bringing awareness to the issues of Lyme disease.
Chris:  So the question we all have on our minds is how did you get into remission from chronic Lyme Disease?  What constituted your treatment protocol?
Jenny:  I treated naturally since I am allergic to so many antibiotics. My treatment had a foundation of clean diet. I ate about 85% raw vegan and 15% 'whatever I wanted'. I also juiced and drank copious amounts of lemon water. Three times a day I did some sort of detox. I had about 5 different methods that I rotated, although each day always included a coffee enema. I was under the care of a naturopath who tested me from time to time to see where my body was still out of balance, and then depending on the results, he prescribed particular supplements to address what was out of balance.  Supplements were a combination of vitamins, minerals, herbs and enzymes. In addition to that I went for regular chiropractic care, bio-resonance treatments, and energy. And then there were the hours every day when I just lay staring at the ceiling and contemplated life, my choices, my beliefs and my thoughts, and so I would say that the internal soul-searching equaled the effort of addressing my physiological body.
Chris:  Tell me a little bit about yourself and your story.  Where did the fight with Lyme Disease begin?
Jenny:  I tested positive for Lyme about 12 or so years ago, after feeling under the weather with fatigue and joint pain for about a year. I was treated with antibiotics but I continued to get sicker and sicker and then started reacting to each new medication. After a couple of months on IV Rocephin I decided I'd had enough because in my heart of hearts I felt like I was doing more damage than good. I began juicing to rid my body of all the pharmaceuticals. After a couple of months I was almost back to normal.  I had a number of years of feeling perfectly healthy and then I started having recurring flareups of all the symptoms, but they got worse each round.

I treated with bio-resonance and herbals each time, would feel pretty good after about 6 or 8 months, and then start relapsing again. In summer of 2010 I was bitten by a tick and tested positive for Ehrlichia as well, but I felt well. A couple of months later I became extremely ill, and this time I was so ill I felt sure I was dying. I had debilitating fatigue, severe pain, cognitive issues, and suicidal depression. I figured that since I kept relapsing that I was missing a 'lesson', so in that last and sickest year I really went on an inward journey while I took care of my body.  It was the year I was the sickest, forgave the most, let go of lots of beliefs, and woke up and realized the truth of who we truly are...the oneness, the love. It was a transformational experience that altered my life in ways I could never have imagined.  By January 2012 I was vibrantly well. In the past year and 4 months I have felt really ill for about 10 days.
Chris:  You mentioned that your worst year of Lyme Disease was your last.  Would you care to elaborate upon this statement?  What aspects about Lyme Disease during your last year made it the worst?
Jenny:  The worst aspects - feeling like I was dying. I'm not sure how to articulate that any other way. I would go to be not knowing that I would wake up the next morning. That was tough, but the toughest was the suicidal depression. It's one thing to feel extremely ill and wish you could be well, but it's a whole different thing to feel completely ill and not care anymore, to wake up and cry because you have woken up and to experience every minute like it is an hour long. That was the toughest part by far.
Chris:  Like nearly everyone who contracts chronic Lyme Disease, you refused to accept the debilitating state your body was becoming at first.  After some time though. you forfeited the resistance effort and welcomed acceptance.  And in doing so, you found a "peace" that you speak of with great sincerity.  How did this "peace" serve as the foundation for what would become your healing campaign?
Jenny:  There was a particular moment when I was just exhausted, too exhausted to try to be well, to exhausted to try to figure out what to do next or to research any more protocols, and I just stopped everything and lay down. In essence I stopped wishing for the wellness of the past (that no longer existed) and for wellness in the future (that didn't exist), and so with no thoughts lost in past or future, I became fully present to myself, just where I was. And I became quiet. In that quiet of nothingness, I experienced the richness that is life, the wonder that is my Self, the Oneness that we are. I became present to being perfect, whole and complete, just as I was, even though my physical body was challenged. At the same time I saw everyone else the same way, not as broken sick people, but beautiful beings of wholeness, who just like I had been, were identifying with that which they are not, and suffering as a result. I still had a long journey back to feeling well, but I knew that even if I didn't get well, I would have this experience of complete fulfillment regardless of my health...and it was so peaceful.