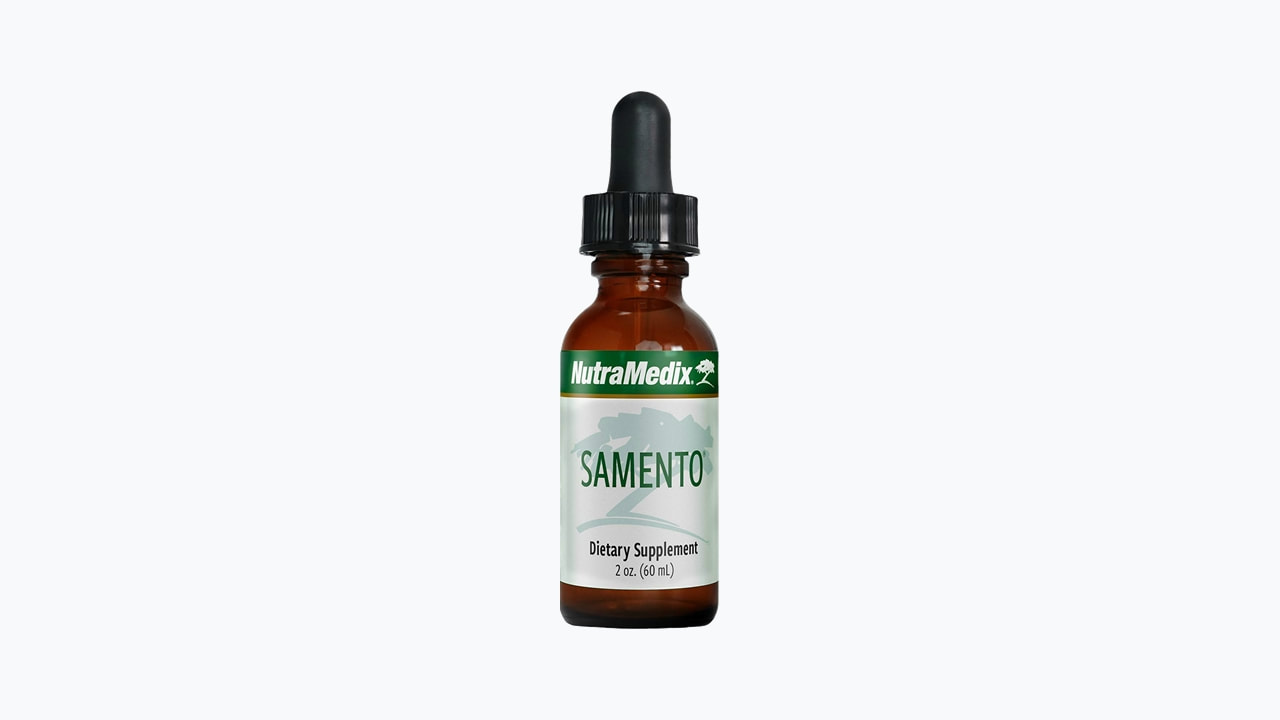 Samento is produced from the inner bark or roots of the vine plant Uncaria Tomentosa, which is found in the Peruvian Rain Forest. Its hook-like thorns give its more commonly known tetracyclic oxindole alkaloid possessing brother, Cat's Claw, its name.

Samento is most commonly used for its ability to modulate the immune system by increasing the activity of white blood cells. White bloods cells are vital when it comes to protecting the body from foreign invaders such as bacteria and viruses. They're also responsible for generating antibodies which are used by the Western Blot Test for diagnosing Lyme Disease.
Samento also contains powerful antibacterial, antiviral, antifungal, and anti-inflammatory properties, which are all beneficial to a person battling Lyme Disease.
Samento is available as a tincture or in capsule form. According to Nutramedix, 3 drops of the Samento tincture has approximately the same clinical effect as one 600mg capsule of Samento. There are 600 drops in the Samento tincture. It should be noted that if you're taking the prescription drug Flagyl, you should not ingest it with alcohol. Samento in tincture form is diluted with alcohol. 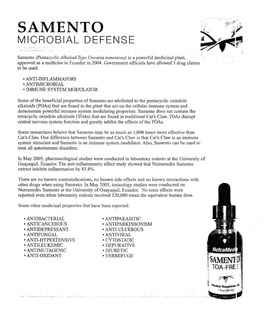