Tired of Lyme Interviews Shelley, Who Experienced a Massive Die Off from a Simple Saline Solution 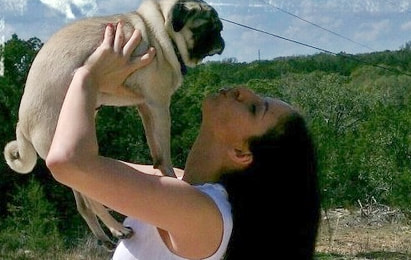 4/29/2012
Chris:  Firstly, Shelly I want to thank you for taking the time with me to do this interview.  So let's get some knowledge out there!

Shelley:  Of course, thank YOU Chris!
Chris:  Tell me a little bit about your story battling Lyme Disease.  When did all of these symptoms first begin for you and what were the initial symptoms?

Shelley: - I got Lyme disease when I was 14 years old, I was riding on the back of a four wheeler with my older brother and asked him to stop so I could pull my hair up. When I did, I felt a big grey tick behind my ear and pulled it off. We didn’t think much about it, other than the fact it was obviously gross. Throughout middle school and high school I developed basically a constant sinus infection, asthma, migraines and joint pain. I missed more school than anyone I knew.

In college I developed high blood pressure, supraventricular tachycardia (my heart would go slow, and then speed up real fast), ADHD, this weird pain in my temples, and I can’t remember what else. The summer of 2011 I went downhill, and developed around 30 new symptoms within weeks, it seemed like new ones every day. Seizures, numbness in arms and legs, short term memory loss, twitches & tremors, speech and vision and hearing problems, I couldn’t think straight, forgot how to read & write etc.
Chris:  Lyme Disease is undoubtedly hard on relationships whether it be family, friends, or lovers.  It seems isolation is an all too normal feeling for those dealing with Lyme.  How has Lyme Disease affected the relationships of those you're close with?

Shelley:  I have grown so much closer to my family throughout this, especially my mom and dad. My mom is my care taker, so we spend SO much time together, we are best friends. Also, when my dad is home I hang out with him and talk to him way more than I used to. They have been so amazing and held me throughout this whole thing.

On the down side, I’ve lost a lot of close friends. Once you are sick, that kind of stuff happens, especially at this age. Everyone is still going out and partying a lot, and I don’t blame them for not wanting to come sit in a dark room with a light sensitive zombie! Haha. But really, this disease puts into perspective who the people are that truly care for you.

As far as lovers, it has been hard on my husband and I because I became severely ill within months of getting married to him. I know he loves me so much, but as you and every other Lymie knows, it is especially hard to keep up romantic relationships due to the fact that we are unable to make commitments and actually keep them. Also, our lovers are the ones who have to deal with the emotional side more than anyone, and we can act very CRAZY at times with Lyme rage etc.

Right now, the most important relationship is the one I have with myself, because it is key to my recovery –it took me way too long to realize this!
Chris:  Ok, now you have Lyme Disease, like me, but you're enduring much more debilitating symptoms such as seizures, passing out, and amnesia spells.  These symptoms are not at all too common for those battling Lyme Disease but they exist.  What have you been told is the cause for these seldom discussed Lyme symptoms?

Shelley:  Oh gosh. ER doctors have kept me overnight for seizures because I would have them in the waiting room or something, and then they would do EEGs and tell me they were inconclusive. I’ve literally been in the middle of a seizure and heard a doctor say “Oh, that’s not a real seizure”. Then they have said they are pseudo seizures, which are seizures because of stress on your brain, not because of epilepsy…but they are REAL seizures that should be taken seriously.

As far as passing out and amnesia, no one has really addressed those issues besides my LLMD.  She HAS tried to control my seizures and passing out, and told me to stop treatment for a while when the amnesia started because I was too reactive to the antibiotics. 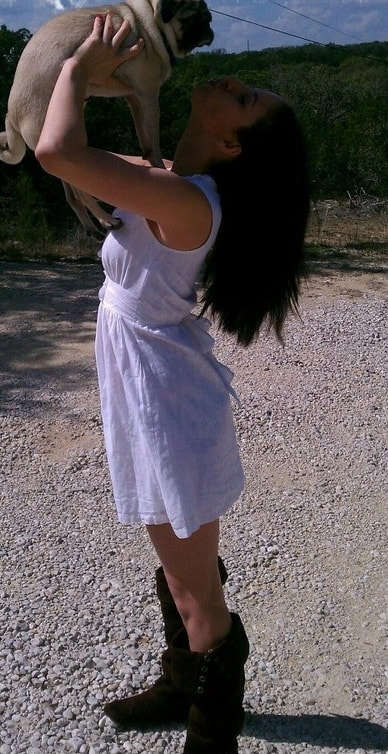 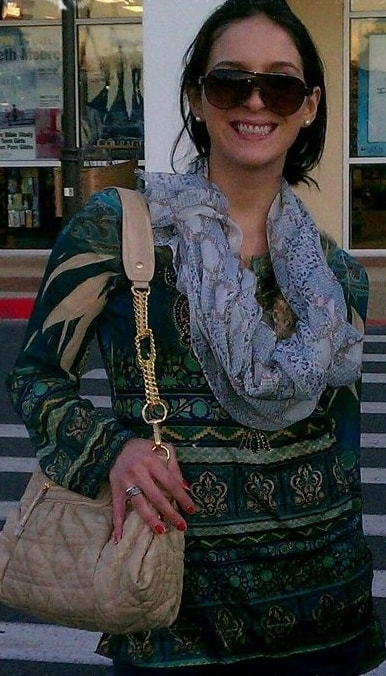 Chris:  If you don't mind, would you care to delve into the experience of what it's like to incur such debilitating symptoms caused by a disease that apparently doesn't exist?

Shelley:  Absolutely! My seizures and passing out were so bad I was in a wheel chair at one point. I’ve had many seizures and passed out in public, and when that happens you honestly could care less what people think of you, considering there is a much bigger problem at stake.  The people I know and the people in my community have never doubted me, that I know of at least haha! They have stepped up and supported me in ways I never expected. I am beyond grateful for that.

DOCTORS however have given me the run around since day one. They have acted like I am crazy, simply because I have a disease that they are uneducated about. Every time I have gotten treated as though my symptoms were less serious than they truly were, I have snapped back with something feisty. My family can vouch for that. I’ve always talked back and moved on to another doctor. I never considered myself to be disrespecting the doctors; I always considered them to be disrespecting me, because they were not listening to me.
Chris:  So you've been on 3 different types of medications for the seizures and none have provided relief thus far.  You did however seem to find relief from these crippling symptoms. Tell me about this.

Shelley:  For a year I have tried to control my seizures with pharmaceuticals and have been placed on three different kinds –Ativan, Neurontin, and Lamictal- at pretty high doses. I take all three, three times a day. My seizures never stopped until you introduced me to a natural herb from Peru called “Pinella”. It is from the Cowden program. It has been a life saver. I take 10 drops diluted in water, 3 times a day. It has been a blessing not only to me, but to my family as well because they hate to see me have seizures. Pinella has also helped with my brain fog, so that’s a plus!
Chris:  As would be expected, many people battling Lyme are in the darkest of places but you have managed to maintain your sense of humor throughout this difficult and trying ordeal. How?
Shelley:  I thought about this recently. I honestly think it has to do with the person I was before I got the disease. I was always joking around, so much that it was inappropriate at times, haha. That was such a strong part of my personality that apparently nothing could take it away. I’ve also always said “WHEN” I get rid of Lyme, not “IF” I get rid of Lyme.
Chris:  So I hear that you've recently started taking college courses to become a Naturopathic doctor, which I greatly compliment you on.  College is no easy subject to talk about with those enduring Lyme but how are you handling its inevitable stress inducing environment?

Shelley:  AHH! Well I almost quit at first! I am only doing one correspondence course right now, because it’s literally all I can handle, and I realized that’s FINE. I don’t have to feel bad about that, because feeling bad about it, or that you have to live up to certain standards that healthy people do creates an immense amount of stress and anxiety. Now I take it day by day. One day I may do no school work, the next I may do an hour of it. I take it slow, and don’t make a scheduled time of when I have to do it. I know having a scheduled time is typical for people, but NOT for Lyme people. Schedules=Stress because we have no clue how we will be feeling within the next hour, much less the next day!
Chris:  You're incredibly young.  Being in your early 20's, how has Lyme Disease specifically altered or affected the lifestyle for your age?

Shelley:  I used to be a huge party girl. Obviously now I am not. The good thing about Lyme, is that it has showed me how meaningless that lifestyle was. It has taught me the importance of God, family, and good character. I never want to be the person I was before I got Lyme again, that person was careless. Don’t get me wrong, I DO want to be healthy again (and I will be), but now I have more empathy, more compassion, more understanding and more love for all things and people around me. I am so much more thankful for, well, EVERYTHING …especially the little things like being able to shower standing up, or walk through the grocery store.
Chris:  This is interesting.  You went to the E.R. at one point, like most people with Lyme Disease do.  We have questions and turn to the professionals for answers but not in this case, as would be expected.  I truly believe this event is an exact reflection of the ignorance and lack of knowledge the medical community has for Lyme Disease.  You were given the casual saline solution for hydration but when the nurse squeezed the bag of salt water, you erupted into a seizure.  Care to explain this event?

Shelley:  I was in the ER for stroke like symptoms, and a nurse hooked me up to a saline IV and walked away. Not long after she walked away I started to get these sharp, shooting pains in my heart and arm. My husband called the nurse back over and I told her about it and she said “Saline is just salt and water, it can’t hurt you”. Then she SQUEEZED the rest of the bag into the IV and once again walked away. That was when I had the worst seizure ever. I was paralyzed on one side of the body and couldn’t talk for at least 20 minutes after. My husband kept pushing the red button to call the nurses and doctors but it took them so long to respond that I was coming out of the seizure by the time they saw me. We told them what had happened, and they diagnosed me with an “anxiety attack”. It was unbelievable.

Looking back, the whole event could have been a Herx reaction because salt is a natural antibacterial.  So since I was really sick with Lyme and had no treatment yet, I think it could have been a massive die off. Now I do fine with saline IVs, as long as they drip slowly …and as long as a nurse doesn’t come squeeze the IV bag. ;)
Chris:  Shelley, if there is one thing you could say to anyone who is reading this interview and having a hard time seeing the light or keeping the faith, what would it be?

Shelley:  LIVESTRONG. Jk. But really, turn to God (no offense Lance).
Chris:  I can't thank you enough for sharing the crucial parts of your struggle with us. Thanks again Shelley!