Tired of Lyme Interviews Rod, a Resident of the U.K. Who is Now in Remission from Chronic Lyme

​Rod Contracted Lyme Disease in the Vicinity of Tuebingen, a University Town About 30km South East of the City of Stuttgart in Baden-Wuerttemburg, Germany 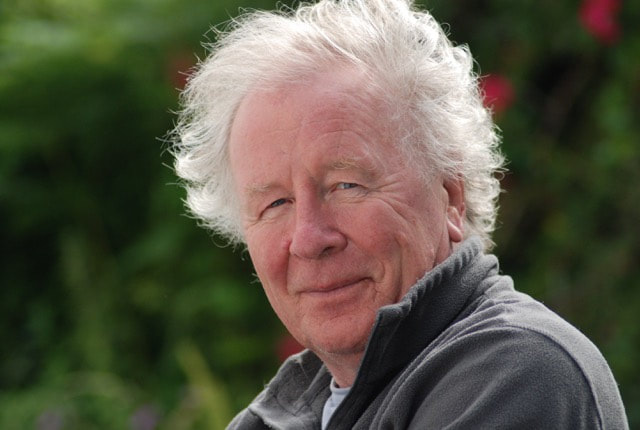 August 5, 2016
Chris: After dealing with a confirmed case of chronic Lyme disease for roughly 3 years, you’re now symptom free, or what many define as “remission”, with your last symptom occurring 4 years ago. Can you tell me what you’ve come to define remission as and what it means to you?
​
​Rod: ​As a lay person and ex-sufferer, I’m not really qualified to answer this, but as a rule of thumb, I have initially been inclined to use Joseph Burrascano’s definition of ‘symptom free after four months without treatment or support’ (I think this is correct, needs checking). If that is not a definition that reflects reality of each and every ex- sufferer, then it will need to be redefined. However, this definition fits my case.
Chris: Would you mind telling me a little bit about the timeline from when you were first bit by a tick in Germany, to the days of your last symptoms?

​Rod: After the bite (which I thought was a horsefly bite on my right thigh – I never saw the tick) I got what I thought was a bad dose of ‘flu. Then, apart from the spreading bullseye discolouration, I didn’t really register any disquiet. I began to experience stiffness and pain in my right knee after about 4 months. After four months, I showed my leg to a friend who had lived in Minnesota. ‘Oh my goodness, you’ve got Lyme Disease’.

​The doctor didn’t believe my self diagnosis and he then took two months to get a test result to me which was positive. Following three weeks on doxycycline, I could still feel that the infection inside my leg was active. Subsequently I was not offered any follow up or test by our health service. Presumably they were 100% sure I was cured.

​At that point, I took charge myself and got an appointment at a specialist Lyme unit at the Brakespeare Hospital, a private unit. From this time on, I was able to get specialist advice, pills to deal with toxins and to boost my resistance, more or less in line with guidance given by Burrascano. I was also given biofilm breakers. Antibiotics I was getting via a local doctor who agreed to give me a prescription.

​My crisis came when a doctor friend advised me to come off antibiotics, which were my lifeline. She said that two and a half years on antibiotics was risking my kidneys and liver. I had a great sense of panic – the disease was still active in my leg, and I was frightened it would spread into the rest of me. Therefore I checked out TCM (traditional Chinese medicine) and found that a herbal treatment for Leptospirosis had been developed which appeared effective against Lyme disease. I went online and ordered some.
Chris: What did chronic Lyme disease do to you physically and mentally? What were some of your worst and most bizarre symptoms?

Rod: I was very lucky. My body seemed to be able to contain the active infection within the quadriceps muscle of the upper thigh, where there felt like a reservoir of infectivity. I never felt that it reached the central nervous system or major organs. The symptom that I had (apart from one or two Herx reactions during treatment) was incipient arthritis in my right knee. I don’t remember any neurological effects. I don’t remember fatigue nor muscle pain.

​I want to say a little bit about the sense of loneliness. I never felt that I got expert medical attention except through Brakespeare and that I had to pay a lot of money for. I felt that nobody, not friends, not family, understood Lyme Disease or what I was facing. Certainly it was difficult at times to deal with the loneliness and occasional temptation towards self pity. I was, I felt, totally on my own. There was a feeling at times of ‘not much hope’. Even my recovery, far from certain and rather good luck, hardly was noticed by anyone. So, If you have Lyme and you feel unsupported, my sympathies go out to you.
Chris: Having chronic Lyme disease challenges the emotional department of the mind unlike anything most people have been through. Would you care to elaborate how you coped with the trying nature of the condition, and what, if anything, inspired you to keep moving forward?

Rod: A clear lesson from psychoneuroimmunology is to stay away from worry because it damages the best friend you have, your immune system. This is easier said than done: indeed it’s almost impossible. However, the science is pretty clear. If you worry, you weaken your immune system. It seemed best to me to avoid browsing the very sad stories from the internet. They are a certain route to worrying. They will get you down and scare you. I would say, get the best advice you can (which in my case was from Joseph Burrascano, via the internet) and stick to it without looking left or right. Just do what he says.
Chris: Are you taking or doing anything at the moment that would constitute a “maintenance protocol” in order to keep your symptoms at bay and remain in remission?

Rod: No, nor have I for three or four years now.​
Chris: What were your last symptoms to go? How long after your last symptom were you able to definitively say you were symptom free and no longer dealing with chronic Lyme disease?

Rod: Last symptom was this feeling of something being alive inside my leg. It’s now almost five years since I felt it.

"Even my recovery, far from certain and rather good luck, hardly was noticed by anyone."
​
​- Rod

Chris: How would you compare how you feel now physically and mentally, being in remission, compared to how you felt before you acquired Lyme disease?

Rod: I don’t have Lyme disease, or I believe I don’t. I feel just as well as I did previous to infection. This means that I am fit, healthy, with good energy, and without mental or physical pain or distress.
Chris: Was overcoming chronic Lyme disease and becoming symptom free a gradual process or abrupt? Did you wake up one morning and feel completely different, or did you notice symptoms dissipating over time?

Rod: The symptoms dissipated over time. Initially, antibiotics controlled and stabilized the situation in my leg. However, they didn’t eliminate the problem. I tried everything, and worryingly, the problem was still there.

​I noted Dr. Burrascano’s observation that borrelia does not seem to like heat or excess oxygen. Therefore I made sure it got plenty of both. Very hot baths, aerobic exercise (cycling, walking), more heat with heat packs, etc. However, it wasn’t until I started taking the Chinese Herbs that I really felt that my body was getting on top of the bug.

​I ascribe my cure, if that is what it is, to a combination of things. These would include, yoga each day, avoiding worry (and the Lyme stories on the Internet), heat, aerobic exercise, supportive naturopathic medication, studying of Dr Burrascano’s guidance document and reasonable compliance with it, antibiotics in combination which controlled the bugs, the vitally important Chinese herbs and most important, great care of my immune system. These working together must have tipped the balance.
Chris: Aside from the bacteria responsible for Lyme disease, did you acquire any co-infections such as babesia or bartonella, or have any other common conditions associated with chronic Lyme disease such as mold or heavy metal issues?

Rod: No, thank goodness​.
Chris: The big question on everyone’s mind is: How did you get into remission from chronic Lyme disease? What did the treatment protocol consist of that helped you become symptom free?

Rod: The Chinese herbs are the big unknown. I largely ascribe the fact I am well today to them, but I wouldn’t want to raise false hopes. Without doubt they had an effect, as I had a Herxheimer reaction (mild) when I started taking them. They were originally developed for leptospirosis which is similar to Lyme in some ways but not as complex. They are also inexpensive, if rather weird to the senses.

​My Lyme doctor at Brakespeare hospital warned me not to take them. She talked darkly about heavy metal contaminants. I wrote to the supplier who provided me with assay certificates from their suppliers (as far as I remember from an Australian University testing department) by return of post, which seemed to indicate at least to my inexpert eye that there was no contamination.
Chris: Are there any words of wisdom or advice you can offer to those who are still battling Lyme disease that feel all hope or chance of a recovery is gone?

Rod: I am very grateful to my yoga practice. Each day I practice, and had been doing so for about three years before the infection. I think it helped at every stage to keep my immune system functioning, to maintain my will and to keep me reasonably cheerful. In every way I believe it was a life saver. I practice every day, in part from gratitude. My body contained the Lyme Disease, for several months, without being able to eliminate it but this gave me the chance to develop a systematic and internally aggressive campaign against it, and to develop my understanding of this unwelcome guest in my house.​
Tired of Lyme greatly thanks Rod for taking the time to share his success story in overcoming chronic Lyme disease. His success is the inspiration and hope that many people need, and proves that it is possible to lead a normal life once again after chronic Lyme. Tired of Lyme wishes him all the best in maintaining good health!