Dreams Appear to Remain Inaccessible to Lyme Disease. The Subconscious Mind May Be Reserving Parts of Memory That Were Thought to be Gone for Good. 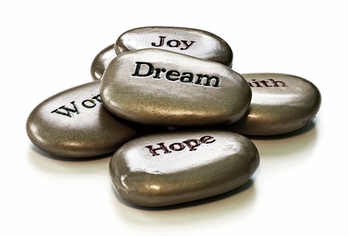 ​Imagine only being able to access your memory while asleep.  Imagine being reinvoked with the emotions of people, places, and experiences from the past only while dreaming.  Imagine only being able to reminisce about moments from the past in a dream, only to feel nostalgic when you awaken.  It sounds like a great plot for a science fiction novel, but what it is for many enduring Lyme Disease is reality.  A quaint and bizarre psychological phenomenon leaving many who experience it, to contemplate and question its strange existence.
The presence of the Lyme bacteria within the body has an extremely heavy and strong influence on the brain's functions.  And by influence, we mean that memory radically fades and becomes inaccessible throughout the ordeal of Chronic Lyme Disease, at least while awake.  The people a person has known, places they've been, experiences they've had, become forgotten, or nearly impossible to recall.  They unwillingly continue to remain disconnected from the world emotionally, identities becomes completely dismantled, and life itself appears surreal or dream-like moreso than not.  And because of the nature of this psychological existence, in that it lingers for nearly the entire experience of having Chronic Lyme Disease, a natural tendency gives way to the notion or belief that it will never end.  And until it ends, an illusion is created within the mind that this conscious state is permanent. The strange part is that all of this occurs only in a conscious or awakened state.
What is incredibly interesting and baffling is that everything that occurs within a conscious, hijacked state from Chronic Lyme Disease in regards to this phenomenon, is lacking in presence in dreams. Through dreams, those enduring Chronic Lyme Disease are reintroduced to feelings and emotions that not only haven't been felt since Lyme took hold, but thought were gone forever. Not only are people remembered in great detail, but also the specific emotions that were felt for them in the conscious or non-dreaming state. Identities are reintroduced as the knowledge a person has attained, and opinions they have developed throughout their life, are unearthed and presented once more.
Such dreams are convincing enough to suggest specific constituents from the past, that at the time, were deemed by the brain to be important enough to be saved for future reference, are in fact still in possession.  The memories haven't disappeared, nor were they deleted from the mind. They're just currently inaccessible at free will in the conscious mind, but sometimes make their presence known in dreams.   It's almost as if Lyme Disease can't penetrate or access the subconscious mind.  Dreams are untouchable.
It's interesting to conceive that the bacteria for Chronic Lyme Disease is so powerful, it has the ability to hijack and affect nearly every part of the human body - except for one. The subconscious state, or dreaming state a person has may be the only component immediately available left untouched by Chronic Lyme Disease.  A portal, if you will, into what life was once like before Lyme Disease took over.  An indication that the brain has not lost, nor forgotten, the critical information that slowly molded the person that would perpetually become.  That the information believed to now be gone for good, is in fact still there, and awaiting for its chance to be exploited through a conscious state once more.
As strange as this phenomenon is, it leaves a profound revelation, impression, and understanding for some with Lyme when they awaken, that not all, nor everything, is completely lost just yet.  They're immediately reminded of what they were once a part of.  A sense of belonging becomes present, but only for a short period of time until the effects of Lyme Disease take hold of a person's conscious state for another day.
But why does such a phenomenon occur in the first place?  Protection of information?  Coping mechanism?  An instinctive effort to remove distractions from the conscious mind so that it may dedicate entirely its ability, and extreme desire, to removing Lyme Disease?  It's almost as if the brain has downloaded, if you will, everything that you've ever consciously absorbed throughout your life, and stored it in a secret, hidden area from Lyme's touch and influence; being accessible only in dreams, and keeping it off limits to the conscious state until the threat of Lyme is gone and completely wiped away.
Though the purpose of such a strange psychological phenomenon may not be explicit or clear to the conscious mind, we know that the brain's information currently inaccessible to the conscious state, but sometimes accessible in dreams, can become the prevailing conscious state once more.  As healing of Chronic Lyme Disease progresses, information once available to the conscious state at all times becomes gradually, but arbitrarily reintegrated into a person's awakened mind, and available once more for the conscious state to exploit - no longer remaining just a dream for those with Chronic Lyme Disease.