Can Lyme Disease Be Sexually Transmitted?

​Opinions And Facts from Popular Lyme Doctors, Healers, And Studies​​ 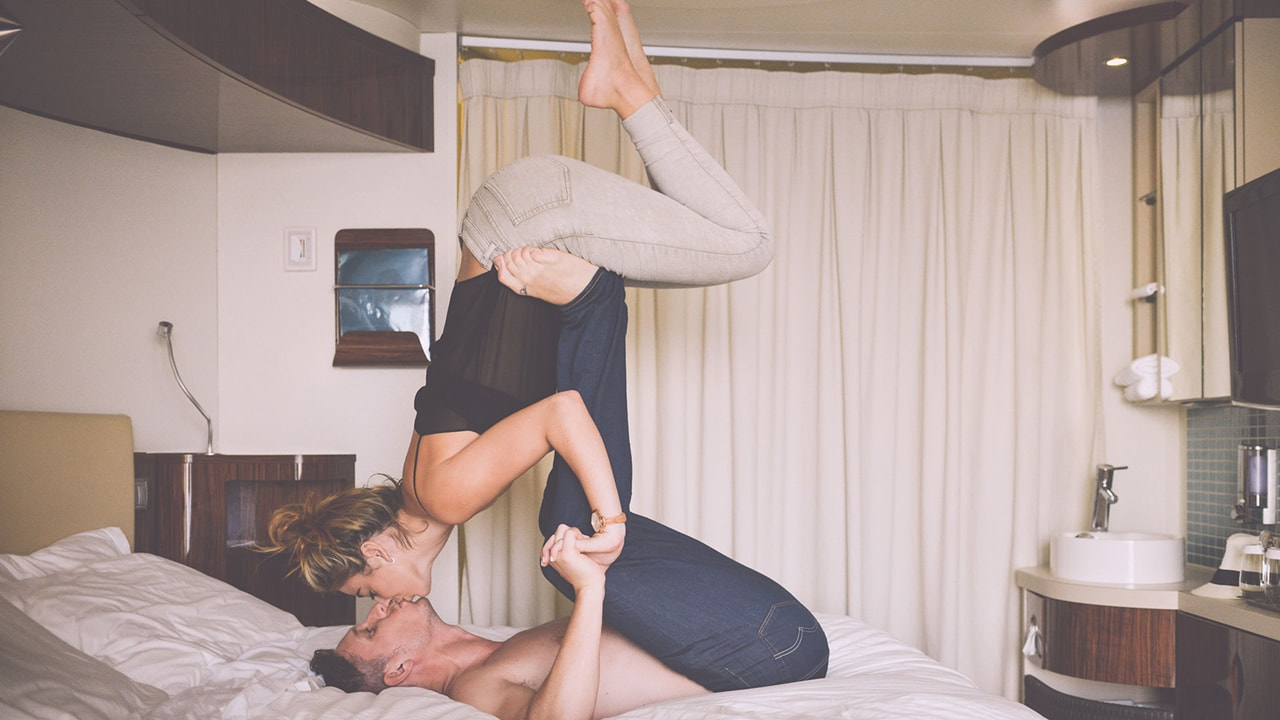 ​Those Who Say Lyme Disease Is Not Transmitted Sexually

​On one side of the argument, the CDC says that the bacteria responsible for Lyme disease can not be transmitted sexually. Their support for this claim comes from two animal studies  -- involving hamsters and rats -- that showed the uninfected mating partner did not acquire the Lyme bacteria from the infected mating partner after mating, at least in the hamster study. The rat study is questionable because there is no specific mentioning of the rats infected with the Lyme bacteria actually mating with uninfected rats. While the “contact” rats -- as they were referred to -- remained uninfected after being with the Lyme infected rats for 30 days, the act of mating is never noted.
​Interestingly though, the CDC seems to acknowledge the credibility of animal studies for Lyme disease and their application to humans, except when those animal studies show that the Lyme bacteria, though weak, can remain in a host beyond not just 30 days of antibiotics, but 90 days after antibiotics! But that’s a whole other controversy (i.e., $@%# storm).

​Those Who Say Lyme Disease Is Transmitted Sexually

​On the other side of the argument, ILADS, many of the doctors who acknowledge and treat people with chronic Lyme disease, chronic Lyme researchers, and even some studies say that the bacteria responsible for Lyme can be transmitted sexually. While very little research and studies have actually been performed on Lyme’s ability to be sexually transmitted, the prominent and newest support for this side of the argument comes from a 2014 study which showed that the Lyme bacteria was found (not only found, but moving around) in the genital secretions of those participants diagnosed with Lyme, and not found in the genital secretions of those participants not diagnosed with Lyme.
​While this 2014 study is much younger than the youngest study the CDC uses for its side of the argument, 2001, it doesn’t mean that the CDC’s choice of studies are invalid or obsolete. What it does suggest is that, since science and technology are always evolving -- we can now watch tv and check blood pressure with our cell phones -- the CDC should probably initiate its own study sometime soon - before the pizza slicer app comes along.
​Additionally, there is an older study that shows Lyme may be sexually transmitted, and its findings were presented by Dr. Gregory Bach, M.D., at the International Scientific Conference on Lyme Disease in April of 2001. 2001 is also around the time the studies the CDC uses to support its claim that Lyme disease is not sexually transmissible, were performed. If two clashing studies -- both performed around the exact same time and both applied and regarded to the subject of Lyme’s ability to be sexually transmitted, and one was done with humans, and you’re a human, and you chose the study of hamsters over humans, you are a hamster.
​No, you run another study, especially when the human study found the Lyme bacteria in human genital secretions many times over! You don’t just ignore the contrasting study and do nothing, because it tends to indicate and suggest that you may be bias and not really interested in the health of the citizens, the very reason for your organization's existence!

​What Do We Conclude on Lyme Being Sexually Transmitted?

​No study has ever actually shown that one person has successfully acquired the Lyme bacteria sexually from another person who has been officially and accurately diagnosed with Lyme disease. Yes, there are studies that have found the Lyme bacteria alive and well in human genital secretions, which gives merit and credibility to the hypothesis that the Lyme bacteria may be sexually transmitted, but that’s it. It goes no further than that, for now.
​However, you should err on the side of caution, assume the Lyme bacteria is sexually transmitted, and always use protection. Assume the risk that when two people are sexually active, the risk of exchanging bodily fluids increases greatly, and Lyme may be transmitted. Lastly, be on the lookout for any symptoms that may manifest in your partner that could suggest they have Lyme, such as fatigue, brain fog, joint and/or muscle pain, and flu-like symptoms, because catching Lyme disease early can make all the difference.

​Stephen Buhner, Master Herbalist And Creator Of The Buhner Protocol For Lyme
“...studies had found that there was a statistically significant relation between long term sexual contact and lyme infections in spouses. The spirochetes are excreted through the kidneys and do end up in the sexual organs as a result.” Source, February, 2013.
Dr. Marty Ross, M.D., Co-Founder Of TreatLyme.Net
“The Lyme infection, borrelia, can be sexually transmitted. However we do not know the actual rate or chance of transmission. There is limited science around this topic…” Source, March, 2015.
​Dr. Lee Cowden, M.D., Creator Of The Cowden Protocol For Lyme
“Lyme can be transmitted by mosquitoes, fleas, ticks, sex, kissing, and transplacentally.” (paraphrased by Scott Forsgren) Source, 2013.
Dr. Warren Levin, M.D.
“Warren Levin suggested that the incidence is too low to suggest sexual transmission.” (noted by Scott Forsgren) Source, 2012.
​Dr. Raphael Stricker, M.D.
“There is circumstantial evidence including sexual transmission and other bodily fluids. Assume it can be transmitted via direct contact from partner. The one without the tick exposure is often not sick but will often test positive. Do not get well until both partners are treated. Person-to-person transmission is very controversial. We may be missing a major venereal disease of this century.” (paraphrased by Scott Forsgren) Source, 2006.
​​“There is always some risk of getting Lyme disease from a tickbite in the woods. But there may be a bigger risk of getting Lyme disease in the bedroom." Source, January, 2014.
“As to sexual transmission, practitioners have seen in numerous cases. Moms can transmit to children during pregnancy. It [Lyme] even seems to be airborne in many cases – coughing, sneezing, eating with the same dishes, etc. may someday be shown to also be factors in transmission.” (paraphrased by Scott Forsgren) Source, June 2012.
Dr. Richard Horowitz, M.D., Author Of The Book "How Can I Get Better? An Action Plan For Treating Resistant Lyme & Chronic Disease"
“This research is strongly suggestive of sexual transmission. Further research is needed however to determine the actual risk of transmission in an infected individual, since couples living in Lyme endemic areas may still have been exposed to the bacterium (and similar strains) through a tick bite.” Source, December, 2014.
Dr. Julie Griffith, M.D.
“Acquired Lyme may be via insect bite, sexually transmitted, acquired dyslexia, acquired influenza feeling, joint pain, cervicalgia, and prolonged back pain.” (paraphrased by Scott Forsgren) Source, May, 2013.
​Dr. Keith Berndtson, M.D., Reviewed By Dr. Ritchie Shoemaker, M.D. (Mold and Biotoxin Illness Expert)
“If sexual transmission of Lyme disease were common, the prevalence of Lyme disease would be orders of magnitude higher than it already is, based on known transmission by blood-sucking arthropod vectors, yet the epidemiological data on Lyme disease do not support the idea of “sexually transmitted disease.”” Source, March 2014.
​“Now they have a study that moves the ball forward on the possibility of sexual transmission of Lyme disease. This article forces us all to contend with what it really means. Are the Borrelia spirochetes cultured from the genital secretions of Lyme disease patients merely viable or are they actually infective and able to establish themselves in a new human host by means of sexual transmission.” Source, circa 2015.
Dr. Ann Corson, M.D., Pediatric Lyme Specialist
“Don’t get tick bites, and don’t have sex with someone who has Lyme. It’s also sexually transmitted just like syphilis is.” Source, September, 2016.