Depersonalization and Derealization from Lyme Disease and Its Coinfections

A Perpetual Mental State of Apathy 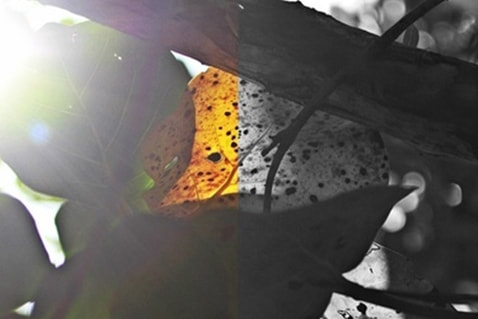 I Need an Example to Better Understand

Of course you do! Depersonalization and/or derealization is is no way intuitive which means you shouldn't feel guilty or be hard on yourself for not being able to identity it whether you know someone who has it, or think you believe someone to have it, or you suffer from it yourself.
Look around. Find something you possess that you really treasure or hold great value and meaning with. It could really be anything you're surrounded by because we all have an emotional investment in everything around us, it's just the amount we've invested that differs with each object and experience. It's just obtaining an object with a greater level of invested emotions (i.e., value, meaning, and worth) that will allow you to understand this psychological symptom better. It could be a guitar if you're a musician, a letter from a friend or family member from long ago, or simply the television in your room.
Now take that object and imagine a string running from that object to your head. That string is where all the value, meaning, worth, concern, interest, and enthusiasm (i.e., emotions) are exchanged between you and the object. Everything you feel for something whether it be the object you're looking at, or any experience, travels along this string. For people suffering from depersonalization and derealization, that string has been cut.
And for those who don't endure depersonalization and/or derealization, they can travel as far away from this object and still feel nearly 100% of the emotions they've generated from it. Their string is limitless. And because the string of a person with depersonalization and/or derealization is cut, they may only be able to feel a small window of emotions for that object when they're touching it, which compensates for the cut string, but the moment they release the object, the greater the distance they create between themselves and the object, the further in time a memory of an experience is, the greater they return to a near 100% state of apathy.
Here are some quotes to better facilitate an understanding of depersonalization and/or derealization:

What Causes Depersonalization and Derealization?

Well what we know is that depersonalization and derealization are psychological symptoms that people with chronic Lyme Disease and/or coinfections can experience. However people can induce depersonalization and derealization through other sources, but what is it about chronic Lyme Disease that allows these mental symptoms to manifest?
The emotions involved in the experience of enduring a chronic illness and everything that it encompasses can be too extreme for the mind. By forfeiting, halting, and suspending its ability to generate emotions, the part of the brain responsible for rationality and reasoning can function without being compromised by extreme emotions. And by allowing the part of the brain that reasons to operate without interference by emotions, a person will greatly increase their odds of obtaining solutions for their troubling state and debilitating circumstances of Lyme, in turn, allowing them to heal and achieving the ultimate goal of the brain, preserving life so that genes can be passed on.
Of course this is just one plausible explanation for depersonalization and derealization. Another proposed hypothesis is that toxins from microbial invaders, and the microbial invaders themselves, are interfering with nerve relapses in the brain. While this could be a contributor, it doesn't seem to be the sole cause because while emotions are perpetually hindered with depersonalization and derealization, other parts of the brain are still functioning at somewhat reasonably operable levels.

How Do You Treat or Deal with
Depersonalization and Derealization?

It's Important to Remember!

Depersonalization can make it seems like a person doesn't really care about anything and everything. And it's true, they very likely don't! This includes important dates, traditions, best friends, close family, and experiences and happenings in life that would otherwise invoke an emotional response from a person that doesn't suffer from depersonalization and derealization. This doesn't mean that they don't want to care, or that they aren't conscious of their inability to care or express concern, interest, enthusiasm, etc, but that they can't to the extent and level that they once were able to as a person who did not suffer from the effects of chronic Lyme Disease and its coinfections.