Emotional Acting with Lyme: Pretending to Feel a Certain Way During a Social Interaction Based on Your Memory 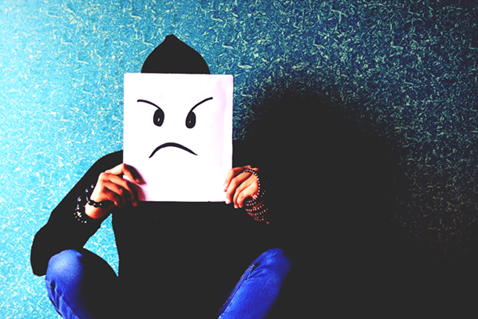 ​Tired of Lyme has discussed, in raw detail, and as best as possible with words, the emotional disconnect, numbness, and depersonalization that many with chronic Lyme consistently experience day in and day out. But we've never discussed how the individual, who endures this mental symptom, not only copes with it, but juggles its robotic and numbing nature, with the insatiable emotional craving existence they’re a part of everyday. The serious lack of any ability to feel emotions with Lyme, by its very existence, makes being a social and emotional human being even more difficult than the many additional ways Lyme cripples and hinders human interaction.
​But when in Rome, you can never completely cut your ties to all humans, and even if you could, it shouldn’t be done, because -- as you’ve probably heard many times before -- human beings are social creatures. We need to interact with other people to maintain a good, healthy mind, but when emotional numbness makes this process nearly impossible, there’s one coping mechanism that makes it that much easier: Emotional Acting.
​To give a better understanding of what Emotional Acting is, we’ll break it down, in an effort to allow you to possibly relate to this psychological Lyme symptom, and better explain what you’re experiencing to those who care most about you. Do bear with us as we try to find the best combination of words possible to simply articulate this rather unusual Lyme coping mechanism.

​To start, Emotional Acting is just that: You’re acting like you feel a certain way while talking with a person or a group of people. The feelings you’re acting and giving off to those you’re interacting with are feelings that you reasonably think you should be feeling for the given interaction. And the reason you think these feelings are reasonable and appropriate for the given social interaction is based on a combination of how you remember feeling during a similar interaction from the past, and what you logically think is emotionally appropriate after visually analyzing how those you’re interacting with are behaving.
​In an unusual and hopefully twist, a third reason for why you think the feelings and emotions you’re giving off are reasonable for the given social interaction is because maybe you are actually feeling, but the touch of your emotions is very subtle and hard to make out. So maybe during a social interaction, you may actually feel the way you’re supposed to, but the emotions that should be coming through in waves, are barely detectable. So in an effort to reinforce those weak and barely discernible emotions, you use your memory for how you emotionally behaved during a similar social interaction from the past, to help guide your emotions now, and your analysis of the behavior of those you’re interacting with, to logically pull from within and display the appropriate emotional response.

​Why Do We Use “Emotional Acting”?

​The simple answer for why those with chronic Lyme use Emotional Acting is because they themselves know they care for not just those they see every day, but those they seldomly see, but don’t want to ruin or sabotage a relationship.
​In other words, if those with chronic Lyme who experience emotional numbness gave into this consistent psychological phenomenon, they would consistently come off as cold, unloving, uncompassionate, uncaring, robotic, and selfish -- all of which are not ideal characteristics of a person who wants to keep people close.
​And what’s even more unusual is that while this emotional numbness and disconnect may be the default mindset of many with chronic Lyme, they themselves not only don’t want it to be, but make the effort to not be through Emotional Acting. Within their minds, there’s a huge conflict and dissonance between how they’re being forced to not feel by Lyme, and for how they know and want to feel towards others, just to be a part of the normal.
​People who are chronically ill need to be shown love and compassion just a bit more to help them get through the trials and tribulations of having an illness, and in a relatable way that singer John Rzeznik notes, “[sympathy] it’s something we all need once in awhile but should never ask for it”. Emotional Acting allows people with Lyme who are consistently emotionally numb to be their normal emotional selves to best of their knowledge and ability. This gives them the greatest opportunity and chance to hold onto the relationships that still remain, and acquire, in due time, the compassion and sympathy of other human beings.
​So while an individual or group may not be certain if a person with Lyme is being emotionally honest with them, it’s important to remember that the person with Lyme -- who is emotionally numb -- is just as uncertain of how they feel. So instead of giving into the emotional numbness and portraying themselves as heartless and uncaring individuals, they lean on the emotional side for which they reasonably want and know they should be a part of.

​The Conclusion of “Emotional Acting”

​According to professor Stephen Hawking, “Intelligence is the ability to adapt to change”, and change is no stranger to those with chronic Lyme disease. In one aspect of change Lyme brings about is the way you should process and birth emotions, in the manner such a relatively intelligent brain should. But the brain is so intelligent, that it not only understands its emotional department is compromised and out of commision, it immediately develops the adaptation, from within, to help itself, and the person it comprises, move back, as much as possible, to the human being you were born as and to be.