Everyday Foods that Can Facilitate Healing from Lyme 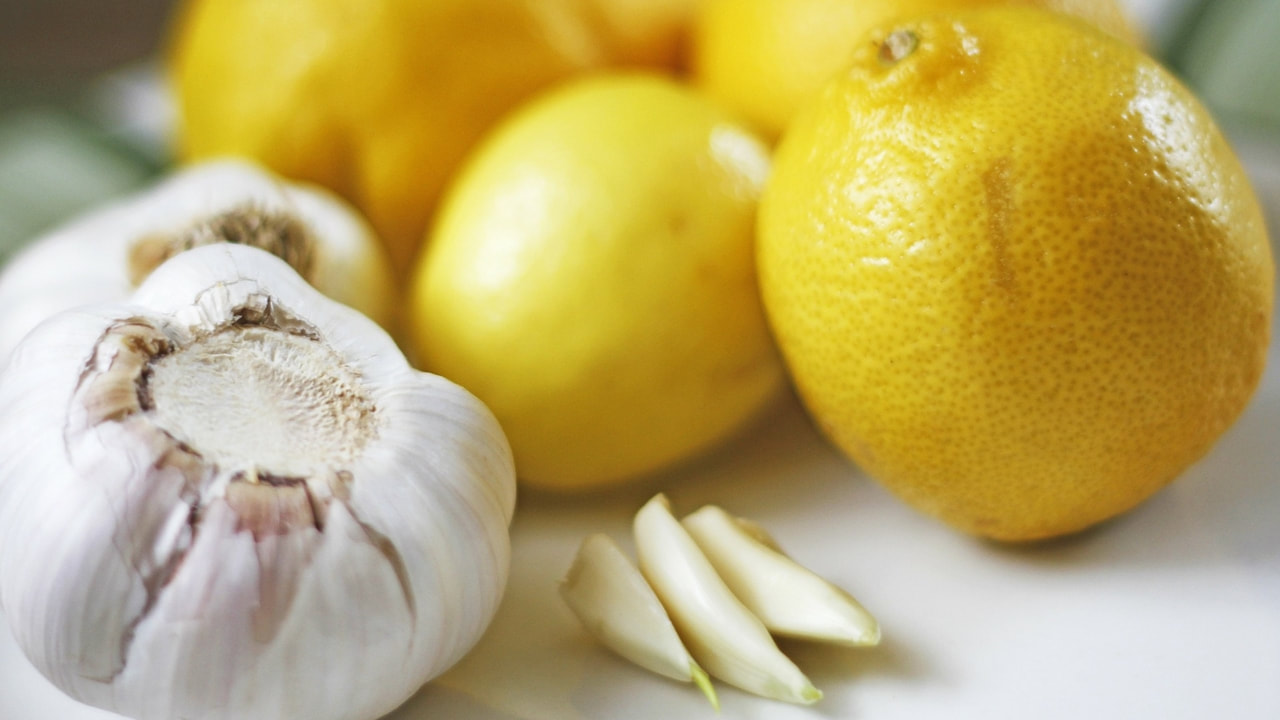 "Let thy food be thy medicine".  It's not an ambiguous statement with a mysterious meaning.  It literally means eat this food, and you'll have directly contributed to your body's healing resources and capabilities.
While there are many more foods readily available that provide great medicinal support to the body when battling Lyme Disease, these are just a few that have a tendency to be discussed in the Lyme community.

The active constituent in garlic is allicin, which possesses antibacterial, anti fungal, and anti parasitic properties.  It's a part of the Zhang protocol.  Garlic when consumed can cause herxing from both Candida and Lyme Disease so be vigilant of how you feel after consumption.
​Garlic also has the ability to oxidize heavy metals into a water soluble form.  This makes it easier for the body to remove heavy metals from the body, which biofilms have a tendency to cling to.  Heavy metals can really damper the immune system, which is something a lot of Lyme literate doctors address during treatment.

Supporting the immune system can really be done right through the digestive system.  Raw sauerkraut is fermented cabbage in salt, and consuming it daily has huge benefits for the digestive tract and the body as a whole.

Because it's raw, or not heated in any manner, it contains living enzymes which help the body absorb nutrients, and live bacteria (i.e., probiotics), which when populated in appropriate numbers in the digestive tract, serve as a first defense against foreign invaders or bad bacteria.

​All with Lyme Disease know that lemons are excellent for detoxing and reducing a herx, but the part we tend to not consume is just as beneficial - the rind.  The lemon rind itself contains more vitamins and minerals than the juice.
The high vitamin C content in lemons makes them highly appropriate for assisting the immune system.  Lemons are also beneficial when it comes to reducing joint pain.  A simple recipe includes butter squash, parsley, and lemon zest, or you can combine lemon zest with cinnamon and garnish pineapple and blueberries for dessert.

​Parsley's active constituent myristicin activates production of glutathione-S-transferase in the liver, and assists glutathione, the body's "master detoxing agent", in removing harmful toxins from the body.  Parsley, in supplement form, is used as a herxheimer reducer in the Cowden protocol.
Use generous amount of parsley in your culinary creations instead of it acting as just a garnish.  Throw a decent amount of parsley and 1-2 cloves of garlic in your scrambled eggs in the morning!

Pineapple contains the constituent bromelain, which is well known throughout the world as an anti-inflammatory agent.  In fact, it works so well that it's actually part of the non-core Buhner protocol, alongside curcumin, for reducing inflammation induced pain for Lyme Disease.  It has also been shown to be beneficial to CD57 cells, natural killer cells uniquely attracted to the Lyme bacteria Borrelia.
​Pineapple may be to sweet for some dealing with an active candida infection, so if you want to reap the benefits of pineapple without the sugar, seek out the isolated constituent bromelain as a supplement.

​Curcumin is the ingredient within turmeric that gives it its ominous yellow color.  It is commonly used for reducing inflammation in people with Lyme Disease, which is the cause for some pain.
When it comes to detoxing, curcumin stands tall.  Not only does it increase bile production in the liver (bile being the transportation for toxins to leave the body), it has also been shown to stimulate production of glutathione, the master detoxing antioxidant produced by the body.  Turmeric can also induce herxing from Candida so be vigilant of how you feel after consumption; or seek out curcumin in supplement form.

A great herb for reducing inflammation in the body is basil.  It contains the constituent eugenol which has the ability to block the body's enzyme cyclooxygenase in the same manner that many pharmaceutical drugs can.  By blocking this enzyme, pain and inflammation can be reduced.

Extra virgin olive oil (unfiltered is best as it contains all the constituents) contains the antibacterial property oleuropein, which has been shown to be effective against certain mycoplasma infections and Lyme Disease as a secondary or assisting antimicrobial.  Herxing can be induced by taking oleuropein in supplement form.
​Extra virgin olive oil is also great at preventing inflammation, and serves a great benefit to the heart, kidneys, and spleen.  Apply it liberally to your food, but be warned that too much may send you to the bathroom!

​Kale is loaded with essential vitamins such as iron, calcium, vitamin k, vitamin a, vitamin c, and is another great anti-inflammatory food due to it's omega-3 content. Because of kale's sulfur content, it greatly serves a person in need of detoxing from Lyme Disease die off by increasing bile production in the liver.  Bile is needed to remove toxins from the liver to the colon.
Kale is easy to cook.  Just de-stem a handful or 2, chop it up, and place it in a steamer for 2-3 minutes.  Then place it in a bowl and add salt, pepper, extra virgin olive oil, fresh mustard, and half of a freshly squeezed lemon.

​Coconut is a potent antiviral, antibacterial, and more importantly, an antifungal thanks to its constituent monolaurin which has caused people to herx.  Monolaurin can be effective more specifically against the Epstein Barr Virus, which is a common Lyme coinfection.
Coconut is more widely know for its ability to kill candida.  Use it as a substitute for olive oil when it comes to cooking.  Be observant though of how much you use because you may inadvertently induce a candida herx.

It's important to remember that just like medicine, not everyone will react in the same manner, whether it be positive or negative, to the consumption of certain foods. It is critical to listen to your body at all times.
​Be cognizant of the foods you eat, and how you feel after consuming them.  The information on this page may or may not be based off of scientific research, but rather general consensus from the Lyme community and other resources.