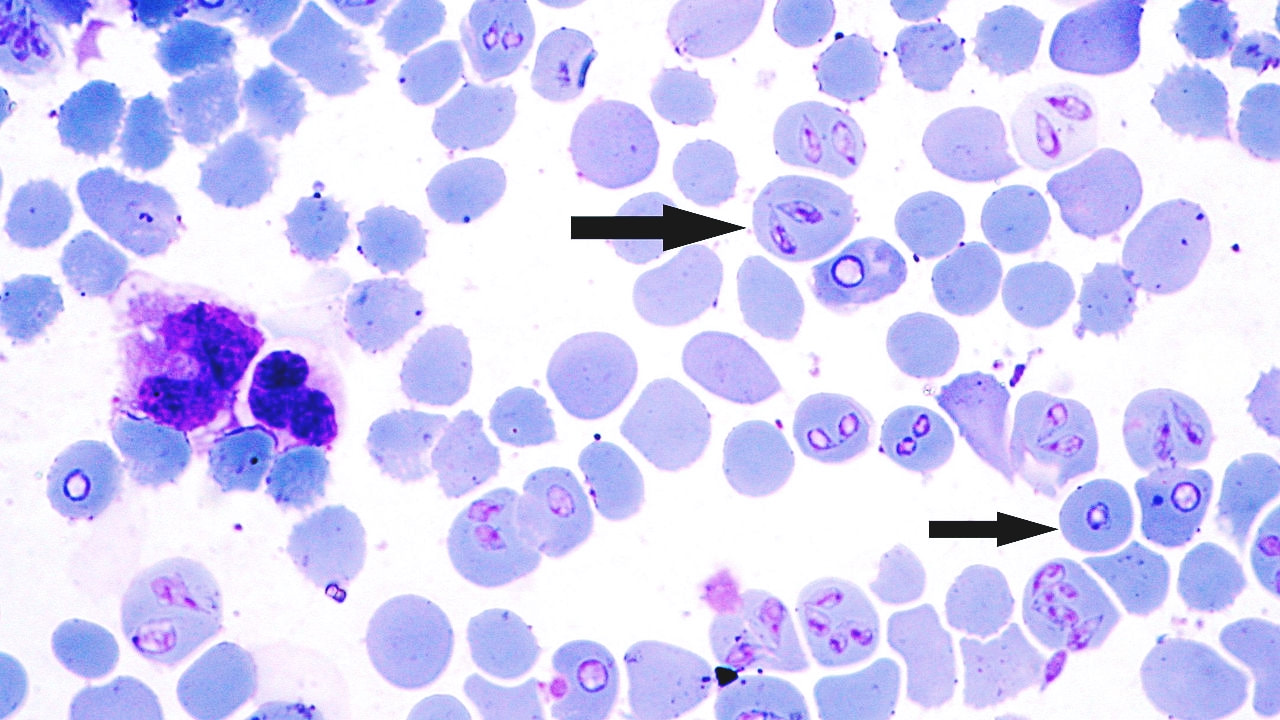 ​One of the more common co-infections that can accompany chronic Lyme disease is a protozoan parasite known as babesia. Babesia is a protozoan, which means "little animal", and is biologically different from a bacterium, such as borrelia burgdorferi (the Lyme bacteria). In fact, babesia is more closely related to humans, as we're both eukaryotic organisms -- we both have cells that contain a nucleus -- rather than the lyme bacteria, which is a prokaryotic organism -- a single-celled organism with no nucleus.
Babesia can be transmitted through a tick bite, and it can even be the same tick bite that transmits Lyme. When babesia enters the body, it can cause a whole host of symptoms that can range from mild or severe, to no symptoms at all depending on immune and spleen function. Babesia specifically infects red blood cells, where it feeds and reproduces, and then destroys the red blood cell, which can lead to low oxygen levels (i.e., extreme fatigue).

Even though babesia can cause a wide range of symptoms, with many of them overlapping other infections such as lyme and bartonella, there are symptoms that can be very suggestive of a babesia infection. It's important to identify these symptoms as any good lyme-literate physician will take them into great consideration, even if lab tests for babesia come back negative.

While the symptoms mentioned above can help in identifying the possible causes of symptoms and achieving a diagnosis, babesia can cause other symptoms, such as, but aren't limited to, nausea, brain fog (cognitive dysfunction), severe insomnia, fever, spontaneous bruising, and shaking chills.
​In more extreme cases, babeisa can cause serious and life-threatening conditions such as, but aren't limited to, anemia, loss of vision, hypotension, low white blood cell count (neutrophils and leukocytes), liver and spleen damage, ruptured blood cells, disseminated intravascular coagulation (blood clots), and noncardiogenic pulmonary edema.
Treating babesia will surely help to reduce and eliminate symptoms it causes, but to help deal with babesia symptoms during treatment, and to prevent further damage from happening, Stephen Buhner outlines an entire section in his book, "Natural Treatments for Lyme Coinfections: Anaplasma, Babesia, and Ehrlichia" with herbs and supplements that can useful for protecting the areas of the body babesia can target and bother, as well as to reduce and eliminate the symptoms it causes. You can also find useful information for babesia on Stephen's website buhnerhealinglyme.com.