So You Have Chronic Lyme Disease: A Guide to Preparing for Treatment 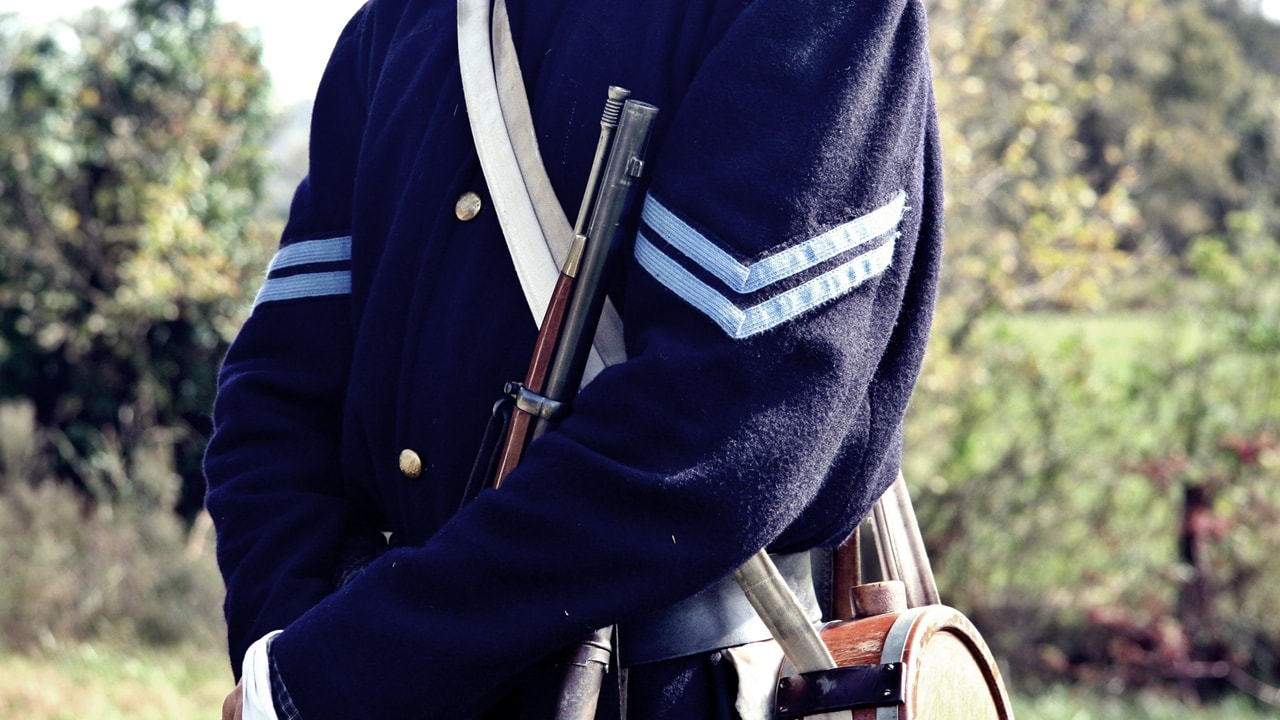 So you just found out, or reasonably determined, that you have Chronic Lyme Disease.  Getting to this reasonable conclusion probably wasn't a walk in the park.  You've probably seen many doctors, more than you can count on both hands; possibly even your feet.
​You've probably had to leave your job, possibly even many times simply because you don't have the physical ability to perform your duty.  You've probably had to leave school because you're incapable of meeting the mental demands required of you.   And it's all come to this moment.  The moment before you initiate the treatment protocol that will put both you and your life on the road to recovery.
We humans fear the unknown, and there exists nothing more unknown at the moment than what is to become of you during this course of treatment for your Chronic Lyme Disease.  This guide will aim to lessen that fear, and generate an understanding that will not only help you prepare for what's to come, but how to deal with it.  Welcome to the treatment of Chronic Lyme Disease.

Lyme Disease itself consists of a spirochetal bacteria that is highly evolved.  When we say evolved, we mean that it goes to great lengths to resist your resistance   The bacteria itself employs many tactics to hide from both the immune system and antibiotics.  Now consider the amount of time you've been sick for, and also that the bacteria has a reproduction cycle roughly every 29 days; the total load of bacteria in your body is grand.  Not to mention the addition of the herxheimer reaction, which in an essence, controls the rate at which you're allowed to kill the bacteria coursing through your blood stream.  If you kill too much, you could end up seriously hurting your body, even death, and if you kill too little, then your efforts will likely be in vain.
​All in in all, an appropriate and effective treatment protocol will put a Chronic Lyme infection into remission in about a year.  Some take a little more time, and some take a little less.  It's important that you acknowledge that the war you intend to wage will not be won over night.

2. You'll Have to Change Your Diet

If you want your body to perform to the best of its ability during this fight, you're going to have to change your diet.  Lyme Disease causes the body to enter a chronic inflammatory state, and being in a chronic state of inflammation causes damage to the body itself.  If this infection would take less than a week to get over, than the inflammation would be welcomed, but because it's not going to take a week, you need to keep your body's inflammatory response under control.  We do this through the necessary, and just as important as medicine, role of diet.
At first you'll likely feel that you won't be able to tackle Lyme Disease alone, but then you may come to realize that isolation may nearly be all you come to know.  Through this reality, we learn that while the presence of a friend or family member is extremely helpful during a trying time, fundamentally they're not required to triumph the infection coursing through your veins.  Friends and family will be there when you're better, and if they're not, you'll at least have the ability to attempt to make amends, all thanks to your efforts and innate desire to beat Lyme Disease.

4. Treatment Will Be the Worst

It's important to be aware that one of the reasons many people don't get better from Lyme Disease is because of the raw, and unbearable nature of treatment.  They later come to find that treatment for Chronic Lyme Disease is actually much worse than not treating at all.  The reason is because of the herxheimer reaction, in which symptoms greatly become exacerbated due to the endotoxins dead spirochetes release into the body.
​Despite this cold reality, not treating at all will in time likely lead to further deterioration of the human body, and death could be imminent; eventually, and further passing the undesired raw nature of treatment on the scale of suffrage.
You will have good days, and you will have bad days.  In the beginning, the bad days will reign supreme, but as treatment progresses, you'll notice that the good days are being restored.  Lyme Disease treatment has been described as a roll coaster ride in that the ups and down are ever present.  This constant fluctuation of your own physical and mental state can really mess with your head, but just remember that though it may be a roller coaster ride, it will eventually plateau and come to a desired ending.

Just as equally important as an effective treatment protocol, an effective detox protocol will be your direct response to reducing a herxheimer reaction.  Many people are stuck in the mindset that the only effort on their part to heal from Chronic Lyme Disease is to take their medicine.  Bad conception!  Unfortunately Lyme Disease isn't your average joe bacteria in which one round of antibiotics annihilates it without a reaction resulting from their death (i.e., a herxheimer reaction).
​This is Lyme Disease, and the bacteria that you're dealing with will make it well known that it has died.  It does so by manifesting probably one of the worst feelings your physical and mental attributes have ever endured.  Detoxing will be your greatest defense in reducing a herxheimer reaction.

"If you're going through hell, keep going." - Winston Churchill

6. Aspirations Will be Placed on Hold

You may be planning to see a son or daughter graduate from college next month, or you might actually be the son or daughter attempting to reach graduation.  Regardless of who you are, or what aspirations or goals you intended to accomplish in life, they're going to have to be put on the back burner.  Your ailing physical body needs your utmost attention in order to address its exponentially worsening state.
​By ignoring it, you risk further allowing the bacteria to literally destroy your body, and making treatment that much more difficult.  It may not be apparent because both of your arms are still attached, but your body, whether you're aware of it or not, has gone into survival mode in attempt to ward off the threatening nature of the Lyme bacteria.  Give it the resources it needs.  Don't deny it.
​Aspirations are great because they give purpose to our lives, and their outcomes likely make our lives more convenient in the end, but they're not required for survival.  Again, they're not required for survival.
There is no denying the intense impact Lyme Disease has on a person's life, and it's in our blood to wonder why.  You'll attempt to reason how your circumstances came to be; how your life could have slipped away right under nose; how everything you love and loved to do could have been removed from your life at such a ferocious speed, without even the slightest warning or consent on your part.  You may attempt to find blame, fault for what you have become, for now at least.  Lyme Disease breeds a brain of ever present dissonance.
So you thought long and hard about your ordeal, and found the one rightfully deserving of the blame.  That's fine, but does granting blame in any way help the dire situation at hand?  No.  And even if the one you designate to carry the blame is rightfully deserving of it, could it ever have served as a preventative cause?  Highly unlikely because the compulsion, dedication, and resources required to lead a life completely on guard for the presence of a disease that you had yet to become fearful of, would be life destroying on its own.
​At the end of the day, you can't deny that you're human.  Principally you're a biological organism that is just as susceptible to the plagues of the world as every other creature is.  That is the consonance you can and should be absolutely content with. ​

You already understand that Lyme Disease forces you to leave behind, or temporarily ignore, the purposes we've self-derived.  And it may not occur immediately,  but there may come a point during treatment where you're lying in your bed, staring at your ceiling, wondering what purpose your existence serves.
​How could you be of any benefit to your fellow man?  Well, let us set one thing straight and that is nearly all the demands required of us, are demands we placed upon ourselves.  So, in a sense, we are pressuring ourselves; no one else is responsible for the stress we endure.  If you stand back from the human perspective, and perceive life through the lens that which nature intended, you'll be greeted with the principle understanding of purpose being survival and nothing more.  Everything else is not only man made, it's secondary.

9. Giving Up Will Appear Appealing

In the beginning stages of treatment, you'll be filled such zeal and eagerness to move beyond Lyme Disease.  This passion however will dissipate as treatment progresses and the hardcore truth of enduring Lyme Disease treatment becomes obvious.  You'll find that you will enter a serious mental game, in that much of enduring Lyme Disease treatment rests within the mind.  The ever presence of both extremely debilitating physical and mental symptoms can really have an affect on a person's perception of treatment.  The sheer understanding that you willingly subjected yourself to this unbearable torture (i.e., treatment), but also that without doing so, you will likely not have increased your chances for overcoming Lyme Disease.
​The decision to stop treatment can be made in no time at all, but the willingness to continuously engage will likely be the most difficult, but crucial decision you've ever made.  And you may find yourself making that decision time and time again throughout the course of treatment.  This is the mental game that is Lyme Disease.

10. Will is the Required Defense

​Free will.  It's defined as "the ability to act at one's own discretion".   Without your will, your chances of defending yourself from the monstrous bacteria drop to nearly nothing.  It becomes apparent that unless you willingly engage in this war with such a menacing evil,  the light of what is beautiful may never be known again.  You understand completely that the daunting task at hand requires your absolute will in order to subdue the enemy, and reclaim the life that has been lost for just a little too long.
You've chosen to accept that you have Chronic Lyme Disease.  You've chosen to subject yourself to a treatment protocol in order to vanquish the unrelenting force known as Lyme Disease.  You did all of this because you were willing, and because of your will, you've established a new and greater defense for your life.  You are the one that willingly chose to pursue the education needed to make an informed and life saving decision.
​Because of your will, you have made it known to yourself, and possibly those around you, that you will not go quietly into the night, and that you will take this stand against a formidable opponent regardless of the ever challenging odds; that you will preserve the treasurous life that has become the only existence you've ever known.
This is your treatment.  This is your calling.  This is completely within your realm of capability.